So you’ve recorded a great video of something happening over time, but the video is just too long. Maybe there’s a way to speed it up. So you’re wondering, Can I convert a video into a time-lapse video on an iPhone?
Yes, it’s entirely possible to convert any suitable video into time-lapse using an iPhone app. Read on for more information.

There are many ways to create a time-lapse from an existing video. You will have many apps to choose from, I am just going to go over a couple.

First, you need to understand what time-lapse is, before you learn how to create one on an iPhone.

The essential element of a time-lapse sequence is the effect of accelerated movement or the speeding up of time. A video is shot at a specific frame rate, likely 30 frames per second. On playback, that video is also viewed at 30 frames per second, so the video possesses a natural rate of time progression.

“This is fundamentally how the ‘speeding up’ of time happens – you are literally playing the frames back at a faster rate.”

In order to create a time-lapse from an existing video on an iPhone, you need only to find a program you like that will allow you to speed the video.

Options for creating your time-lapse from video on iPhone

In order to turn your video into a time-lapse, you will first need to install an app to your iPhone. We found that the first app did the trick, but we have listed some others in case it becomes available or if you find it doesn’t meet all of your needs.

iMovie for iOS would be a natural choice for taking a video sequence and speeding it to a time-lapse. iMovie is a well-featured video editing app for iOS, and it includes the ability to increase the speed of video. It also has the ability to select individual frames to extract from your video and create a still image. If you were so inclined, you could use this feature to select the individual frames of your time-lapse. 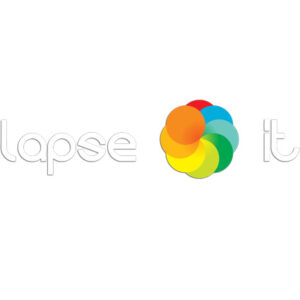 Lapse-It is another option. Lapse-It is a tool for capturing time-lapse sequences as well as for editing them. You can import into Lapse-It and adjust the playback speed and frame rate settings in order to get the speed and aesthetic you desire.

Slow Fast Slow is yet another program to increase the playback speed of video on iPhone.

SpeedPro is yet another program which will give you control over the playback speed of your videos.

Another great app for time-lapse is iMotion. iMotion has good import and export options, and give a lot of control over playback speed and frame rates.

In conclusion, I would say iMovie for iOS is the best place to start. iMotion is another app that seems to have good features for composing time-lapse videos, whether from stills or existing videos. If you find the apps will not allow you to increase the speed adequately, you may render or export the video, then apply speed adjustments to the video after re-importing it. In other words, if you adjust the speed of a video, export it and rename it, then import the newly created video, you can adjust the speed yet again and export.

I hope this was helpful!

As well as choosing the right app, you might consider some hardware and accessories helpful for creating better time-lapse videos on your smartphone.

Perhaps the accessory I use often is this [amazon text=Smartphone camera lens kit&asin=B07K8CRWJK]. It’s universal, meaning it fits pretty much any smartphone including all iPhones. You can switch out the lenses to achieve some great effects. I use the wide-angle lens mostly for some stunning footage of landscapes.

If you’re serious about shooting top quality time-lapse footage on your iPhone, then this [amazon text=Smartphone tripod&asin=B07WRLK7MF] is a must-have. It’s just as good as a DSLR tripod, but you can clip your phone in. It also includes a Bluetooth remote for wobble-free shutter firing.

If you’re just looking for a tripod you can slip in your pocket and shoot the occasional impromptu time-lapse footage, then consider this cool little [amazon text=pocket tripod&asin=B01NGTBA3E].