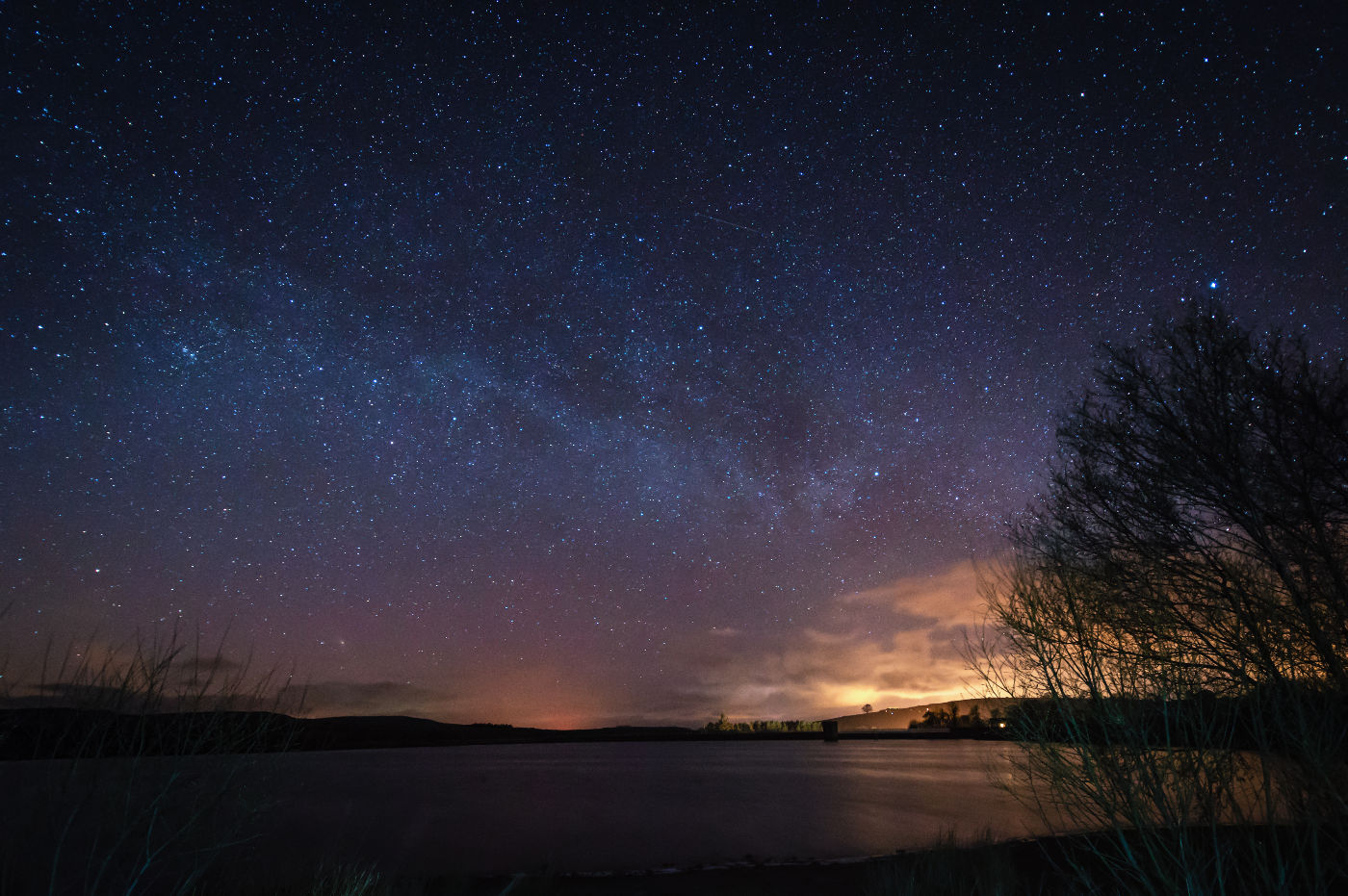 This guide to the top dark sky locations in the UK covers some fantastic location to visit and shoot night-sky time-lapse or photos.

In order for the elements of the night sky – stars – to be prominent in your image rather than light pollution, you want it to be dark. In addition, because the stars move relative to the photographer’s perspective, longer exposures result in more relative movement; resulting in trails or simply inadequate sensor exposure to draw the celestial body from the ambient light. Star trails may be an effect you desire, but you do not want barely visible stars on a slightly darker background – you want those stars to pop – you want it dark.

Top 5 stargazing sites in the UK

With over 7000 stars visible to the naked eye, Galloway Forest National Park is considered a top destination for astrophotographers in Scotland, notable locations within the park include Clatteringshaws Visitor Centre, Bruce’s Stone and the Caldons Woodlands for excellent dark sky vies.

Galloway Forest Park is largely in Dumfries and Galloway and contains much of the Galloway Hills. Sections of the park are considered particularly dark, and places of note include Clatteringshaws visitor centre, which has views of some of the darkest sections of the park, and Carrick Forest Drive. Clatteringshaws and Kirroughtree visitor centres host star-gazing events with dark sky experts. The Scottish Dark Sky Observatory near Dalmellington also organizes events and has telescopes available for visitors.

This park is accessible to those in the greater London area and sprawls through sections of Hampshire, West, and East Sussex. 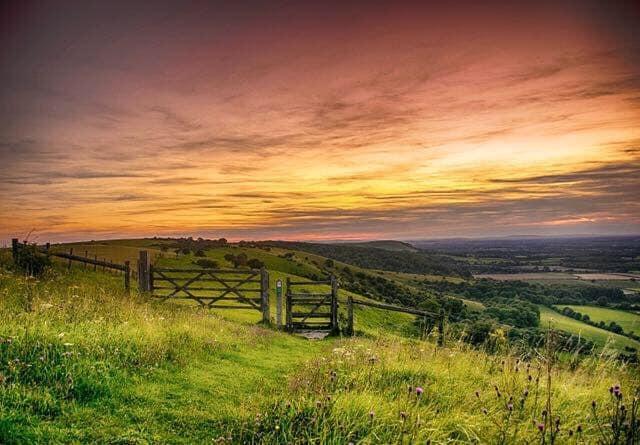 The park became registered as a Dark Sky Reserve in 2016, with a large portion considered to have “bronze-level skies” (per the International Dark Sky Association), meaning the Milky Way and Andromeda galaxy are visible to the naked eye. There are several locales of interest to star-gazers and astrophotographers – at least as a starting point – Winchester Science Centre and Planetarium, Old Winchester Hill, Butser Hill, Iping Common, Devil’s Dyke, Ditchling Beacon, and Birling Gap. The park has a “Dark Skies” festival, which incorporates star parties, night hikes, astrophotography sessions among other activities as part of the festivities.

In 2011 South Downs became a national park, the most recent park to receive that designation. The national park covers the chalk hills along the English Channel and wooded sandstone and clay hills know as the western Weald. The South Downs Way is a trail which runs the entire length of the park

Whether you want to spot The Plough or the Polaris (more commonly known as the North Star) both can be enjoyed at the Brecon Beacons National Park in Wales. 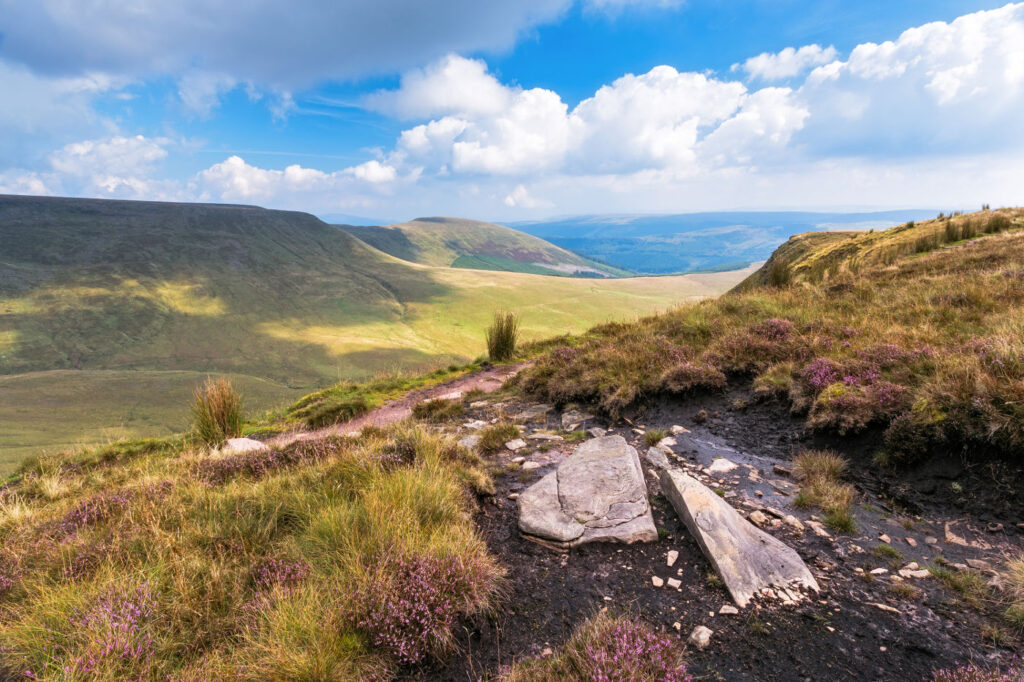 The only Dark Sky preserve in Wales, the local authorities go to great lengths to preserve the dark sky and reduce the effects of light pollution in the Beacons.

Classes are offered by several different photographers on astrophotography at this location, and notable landscapes and regions to explore for photography include Sgwd Clun Gwyn Waterfall, Henrhyd Waterfall, Craig Y Nos, Lyn Y Fan Fawr and Pens Y Fab. Some addition notable spots are the Crai, Usk Reservoirs and the Llangorse Lakes.

The park is also known for waterfalls, such as the 90-foot (27 m) Henrhyd Waterfall and the falls at Ystradfellte, as well as the caves at Ogof Ffynnon Ddu. A visitor center at Brecon Beacons assists travelers in their exploration of the park. The park also includes a small train which allows visitors to tour and travel the park conveniently without the use of cars. The railway is known as the Brecon Mountain Railway. Parking is available outside the park at Pant Station.

As the northernmost national park in the UK, Cairngorms is an excellent location for astrophotography. Several areas in the park are well suited for star-gazing and astrophotography, such as Tomintoul and Glenlivet, where seeing the Aurora Borealis, or Northern Lights, is not uncommon as the park exists at the same latitude as parts of Norway and Alaska. Not only are these two areas particularly advantageous for astrophotography, they are also quite accessible. 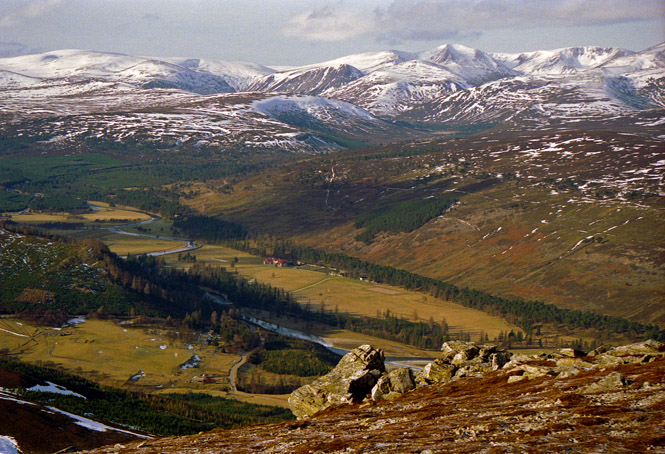 There are astronomy, star-gazing and astrophotography events throughout the year at the park, geared toward familiarizing visitors with the park and the cultural significance of the dramatic night sky.

From these sites, an individual will be able to perceive the Andromeda galaxy with the unaided eye, and shooting stars are commonly seen. With an adequate zoom lens, some star clusters can be seen, as well as some of the brighter nebulae, galaxies and globular clusters.
Several tours are available for those interested in astrophotography or star-gazing as well.

This international dark sky park has the distinction of being considered a gold-tier Dark Sky Park, which means a complete array of sky phenomena can be seen, such as the northern lights, the Milky Way, zodiacal light (sunlight scattered by space dust) and meteors. There are 12 dark sky discovery sites and many local establishments that host events and Stonehaugh has a stargazing pavilion. Kielder Observatory has its own events which include full-moon parties, night sky safaris and aurora nights.

Northumberland National Park is the northernmost national park in England. It exists between the Scottish border in the north to just south of Hadrian’s Wall, and it is one of the least populated and least visited of the National Parks.

There are several different landscapes in the park, from the Cheviot Hills to areas of rolling moorland to sections of Hadrian’s Wall, an installation built during the Roman occupation. With its rich history, there are many interesting archaeological sites that have the potential to enrich a night sky photograph.

In 2013 the International Dark-Sky Association announced Northumberland and Kielder as a Dark Sky Park – the largest protected dark sky park in Europe.

2 Replies to “Top Five Dark Sky Locations in the UK”

← Time-Lapse vs Stop Motion: What’s the Difference?
7 Time-lapse Ideas to Inspire You →