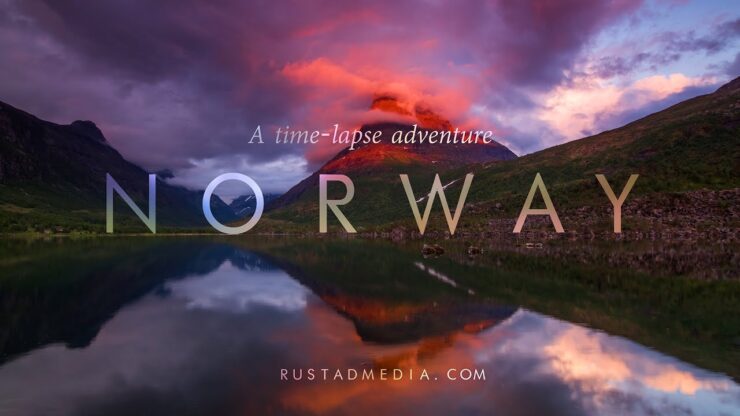 Filmed and produced by the very talented and accomplished time-lapse videographer Morten Rustad, this captivating time-lapse video does an excellent job of showcasing the sheer beauty and wonder of the country of Norway.

It’s rare that I come across a time-lapse video that gives me tingles down the spine, but the sheer awesome beauty captured and edited with such skill, combined with the powerful yet minimalist music really stirred up the magic feeling we all strive for when shooting time-lapse.

The video took over 5 months to shoot, with Morten covering almost 10,000 miles around Norway.

Morten recommends that you watch the video in 4K HD with a good speakers for the optimal experience. I second that, this is more than a video, it truly is an experience.

Fore more information on the project, along with other time-lapse projects, check out the Rustad Media site

Morten also has a Youtube channel, where shares his latest time-lapse videos along with the occasional video offering advice and behind-the-scenes footage for aspiring time-lapse photographers.